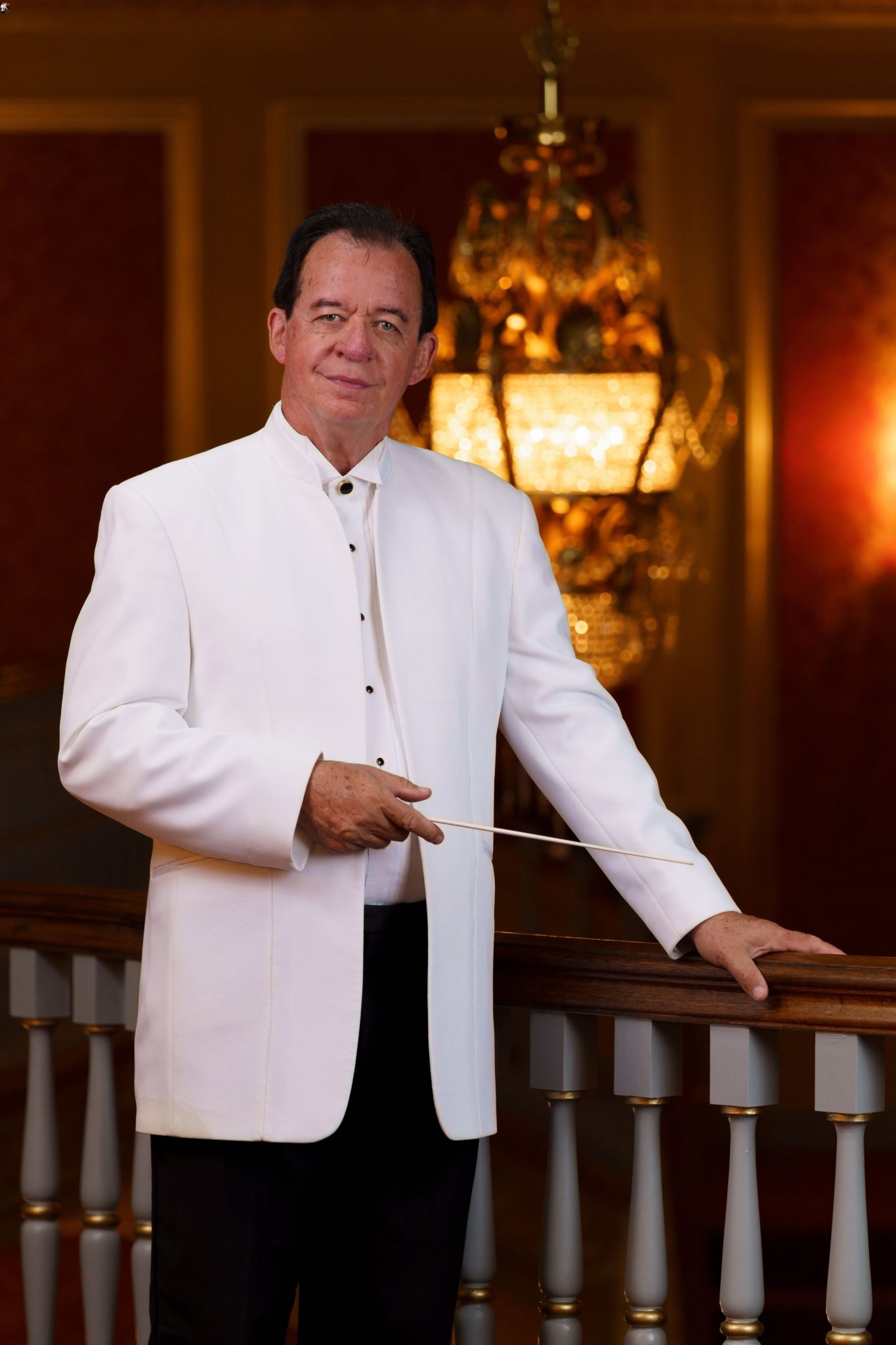 Kirk Trevor has made a global impact in the areas of orchestral recording and conducting teaching, as well as leading the musical lives of three major American cities by bringing them the highest level of orchestral performance and symphonic music education.

Born and educated in England, he graduated cum laude in cello performance and conducting. He came to the United States in 1975 on a Fulbright grant and subsequently became Resident Conductor of the Dallas Symphony Orchestra. He then served as Music Director of the Knoxville Symphony Orchestra for eighteen years. At the same time, he was also Music Director of the Indianapolis Chamber Orchestra, whom he transformed into one of America’s leading chamber ensembles.
His lifelong philosophy has been one of how to make classical music relevant within current culture, and to project and inspire the joy of music making in his conducting and teaching. To that end he has tried to make programs that are engaging and entertaining for audiences as well as identify, train and mentor new generations of young musicians through the various educational programs he has established. In Knoxville he founded the “Strings in our Schools” program, a collaboration to put full time string teachers back in county schools. He started the “Symphony TV” middle school Young People’s Concerts in collaboration with MTV. In 2007, Maestro Trevor founded the Missouri Symphony Conservatory to train, educate and inspire young musicians. He strives to create a program that nurtures the joy and creativity within young musicians, while inspiring them to achieve the highest levels of performance, as well as extra-musical and communicative goals.

It has been through Maestro Trevor’s involvement in the training and development of new generations of listeners, players and conductors that he has developed an international following. Winner of the 1990 Leonard Bernstein Conducting Competition, he is now widely recognized as one of the leading conducting teachers in the world. He has been a guest teacher at more than thirty universities around the globe, including the universities of Zurich, Basel, Hong Kong, Sao Paolo, Brasilia, Natal and Oslo as well as in the United States at the universities of Tennesee, North Texas, Denver, Brown, Northwestern, Illinois, SMU and Manhattan School of Music. His own conducting summer school in the Czech Republic is now in its’ thirtieth year. In the spring semester of 2019, he held an interim position at the famed Eastman School of Music as Director of Orchestras and Conducting.

Maestro Trevor is one of the world’s most recorded conductors of the past fifty years with more than 120 albums to his name. His discography includes opera (Tender Land), choral music as well as more than 65 albums of new American composers. He has recorded for all the major record labels, and has also recorded symphonic music for movies, documentaries (Ezekial, Terezin in Israel), TV, (Mozart in the Jungle) and video games (Diablo, Warcraft).

As a guest conductor, Maestro Trevor has conducted more than 40 orchestras in 15 countries. He made his London Symphony Orchestra debut in 2003 and his Carnegie Hall debut in 2007. From 1995 to 2000 he was Music Director of the Martinu Philharmonic Orchestra in the Czech Republic and from 2002 until 2005 was Principal Guest Conductor of the Slovak Radio Symphony Orchestra. He and his wife Maria and their three children; Sylvia, Daniel and Aidan make their home in Columbia and Bratislava. Maestro Trevor's eldest daughter Chloe is a renowned violin soloist and appears worldwide, and often shares the spotlight with her father.

After stepping down from the Missouri Symphony Orchestra in the summer of 2021, Trevor was awarded the Conductor Emeritus title and continues to influence his passions of music and education by teaching and mentoring young musicians with his wife, Maria, in their Columbia home.